Scareglow is a skeletal ghost warrior who serves Skeletor. He seems to have a solid but translucent body with his bones emitting a strong glow in the dark, which can intimidate even the bravest opponents. He wears a long purple cape and carries a halberd. 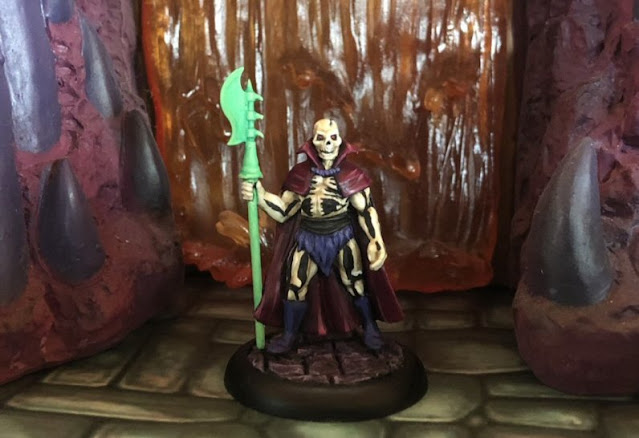 The model is slightly re-imagined to show a Scareglow as he might have looked in the Filmation style, which matches the bulk of my collection. 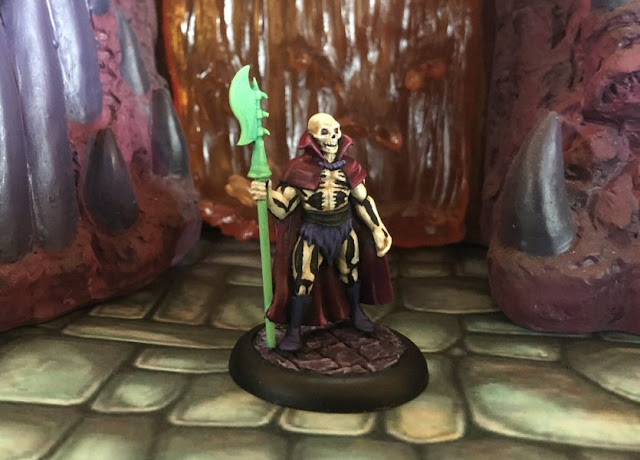 One of the things that made the original Scareglow model stand out, besides looking badass, is that his body was made from glow in the dark plastic. While such a feature has no practical use for a miniatures collection, it still needed to be attempted. I purchased my first glow in the dark paints and used them on his body and halberd. It was interesting to discover the glow in the dark paint is transparant and goes over a regular paintjob. It only really works on a clear base colour, so I had to abandon my plans for glowing red eyes (as I wanted them to look red in normal light too). It worked okay on the light green halberd. The reason the glow looks a bit uneven in places is because the model is shaded and highlighted and the glow is less strong on the shaded parts. Still, as a gimmick done for fun, the result is satisfactory. 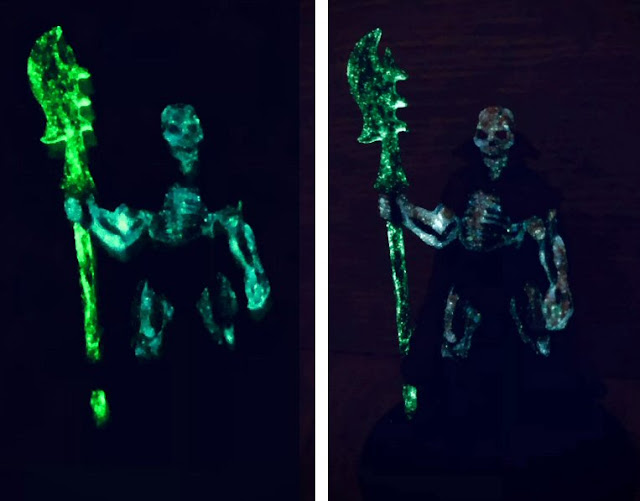