A fearsome ruler like King Hiss needs a fearsome mount. Tyrantisaurus Rex was his favoured mount in Preternia times, now transported to the age of Eternia to help him smite his foes He-Man and Skeletor. Tyrantisaurus Rex is a bionic version of a T-Rex, that carries King Hissinto battle against He-Man in the jungles of Preternia. 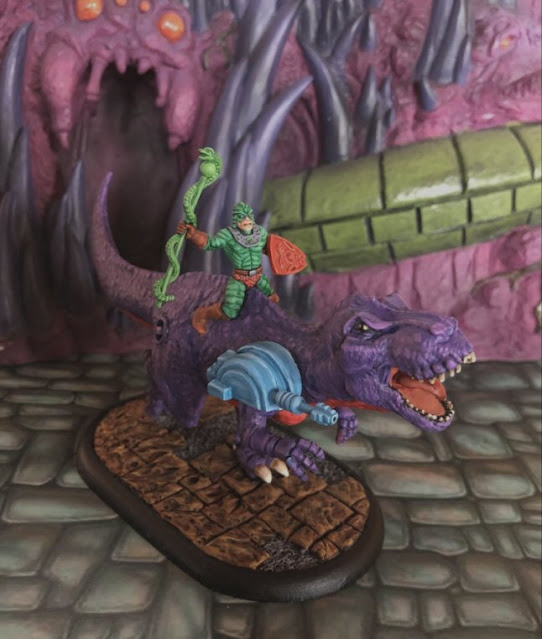 Tyrantisaurus Rex was brilliantly converted for me by John Pickford from a heroclix "Devil Dinosaur and Moonboy" model. King hiss was converted by myself from the foot version to fit on the dino's back. The base is a blank from Fenris Games, to which I added the flagstone with putty. 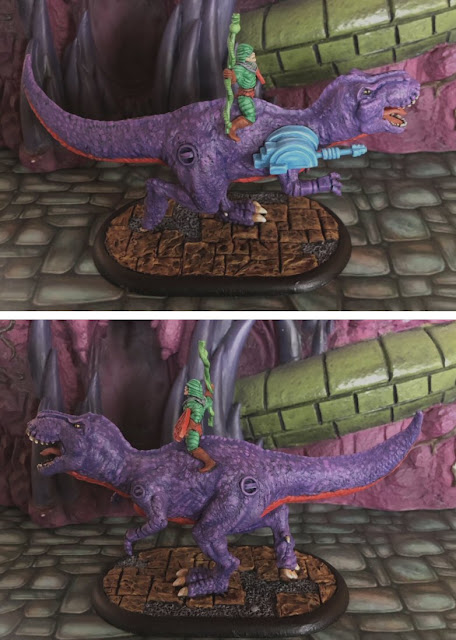 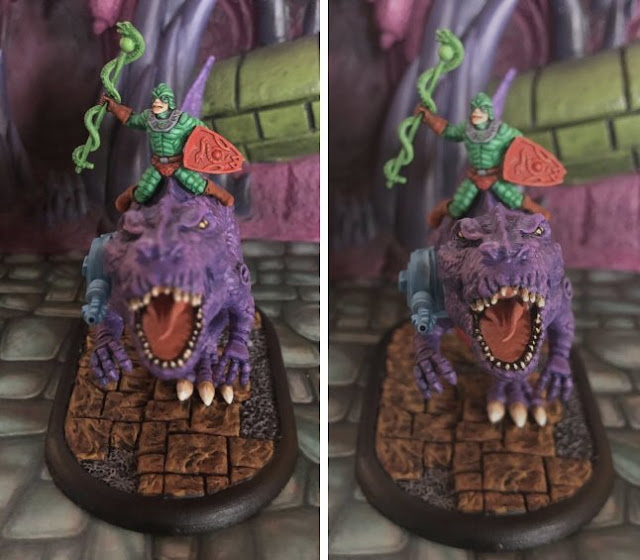 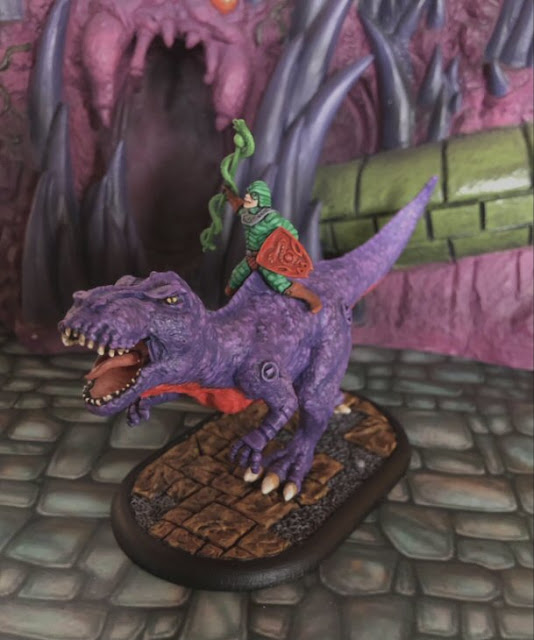 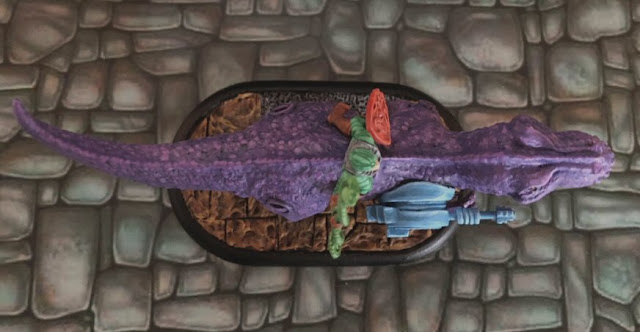 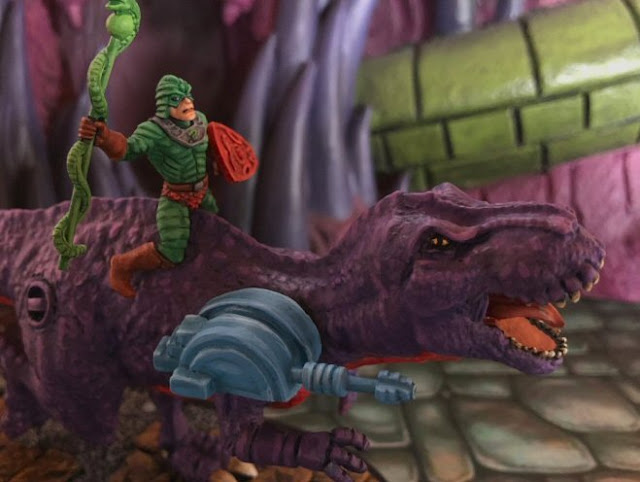 The inspiration below. Mine ended up a bit more purple perhaps, but I still like the result. 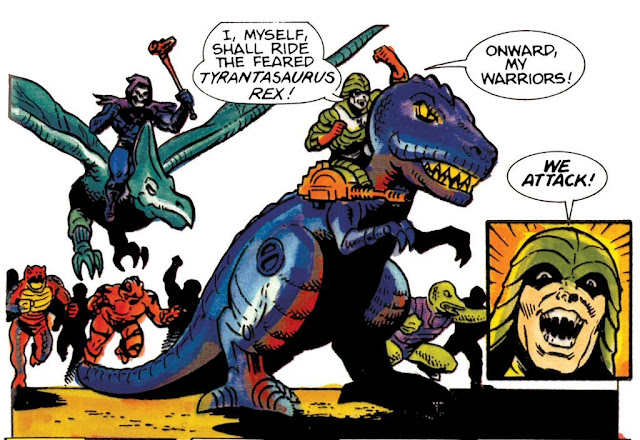 King Hiss facing off against Skeletor: