To complete (for now) the round of Anti-Eternian counterparts, Anti-Eternia Teela is as cruel as she is beautiful, in a cold, dark way. This one was a bit of a rush job and it doesn't take well to pictures as the black paint and highlights are slightly glossy. Having no clear example of what she should look like, I sort of made it up going by what I figured would look good. I also decided to change the bases on my Anti-Eternians (though you don't see it very well in the pictures) by adding red in the recesses between the tiles, which gives an impression of heat and fits well with the Anti-Eternian theme. This one was painted as part of He-Month 2 and will likely be my only entry this month. 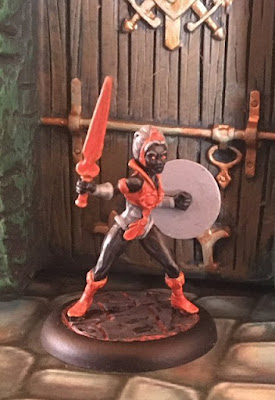 The complete set of Anti-Eternians (so far), with touched up bases: 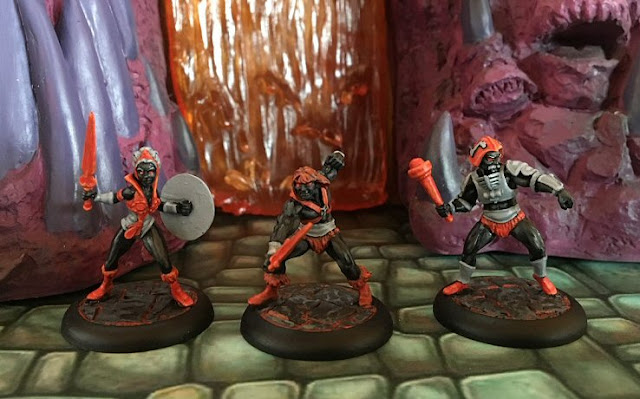 My three versions of Teela so far: Anti-Teela, Teela and Snake Teela. 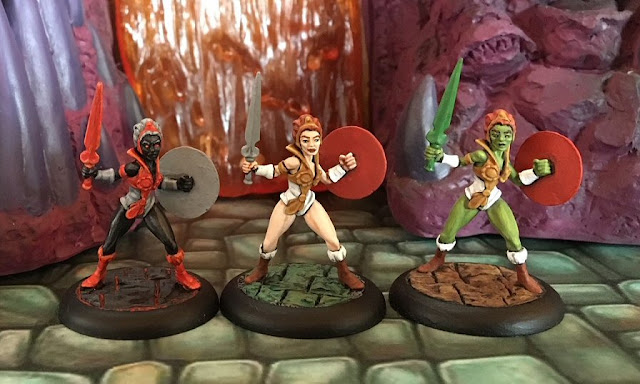