Battlecat is one of the top tier characters that should be present in any MOTU collection. A huge armoured tiger, with a humanlike intelligence that can be ridden in battle by He-Man is no foe to trifle with. Like He-Man's alter ego Prince Adam, Battlecat is the empowered version of the Prince's tiger, Cringer. Once He-Man calls upon the power of Castle Grayskull, the cowardly Cringer is transformed into the fearless Battlecat. 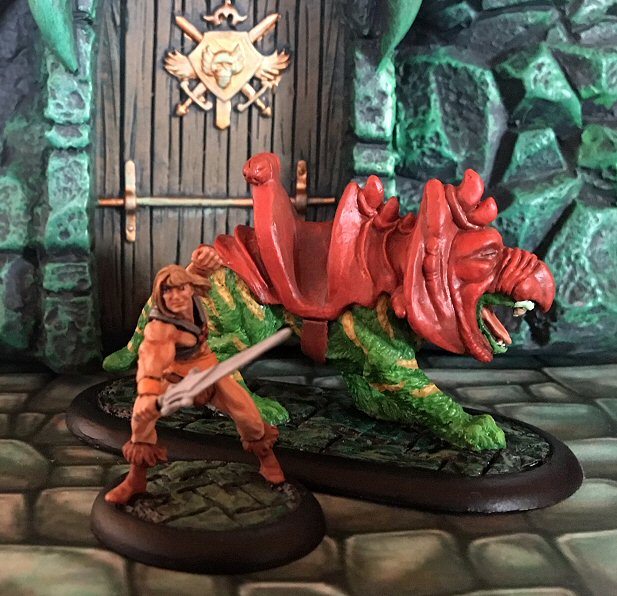 This model is the 1980s Grenadier Miniatures sculpt and it holds up surprisingly well for it's age. There are a few minor rough spots, but those are more due to the casting techniques of the day than any flaws of the sculpt itself. The size is also spot on, and makes for a really imposing model. The base is a Fenris Games resin base, to which I've added the usual flagtile texture. These are the only bases I've found that are big enough to accommodate this mighty beast.

Supposedly at 25mm scale, the old Grenadier model is just about the right size for the newer 30mm sculpts: