Hordak is the evil tyrant ruling Etheria and main villain opposing She-Ra with his Evil Horde. Skeletor's erstwhile mentor, they are now bitter enemies and while temporary alliances are not unheard off, they invariably end in betrayal on one end or the other, usually both. He has the ability to transform his arms into a variety of mechanical weapons, the most famous being a cannon arm. 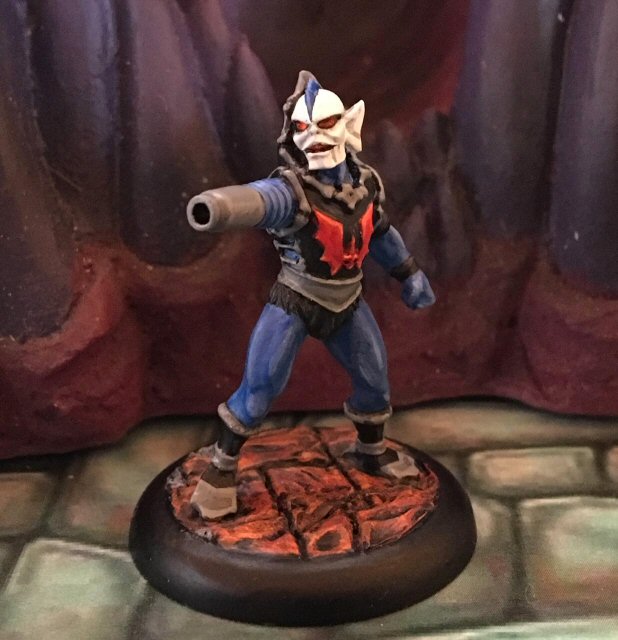 The model is a resin figure part of a limited release private commission and sculpted by the talented Boris Woloszyn. The pictures make the colours out to be slightly more dull than reality. The action shot with Slime Monster He-Man and Skeletor is a closer representation of the colours. The base texture was sculpted in putty over a plastic lipped base and painted in red as my default colour for Horde characters.

Hordak sending off a slime possessed He-Man to take out Skeletor once and for all...: 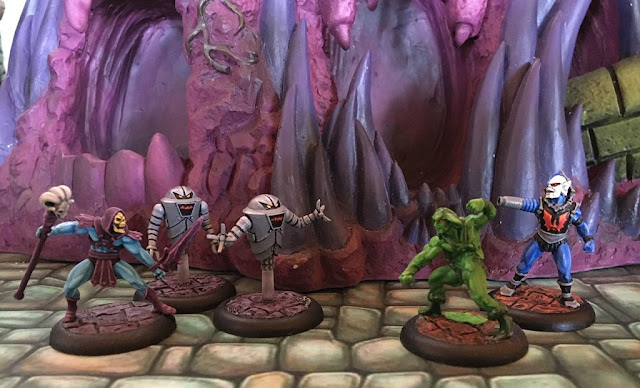 A closer look at the head: 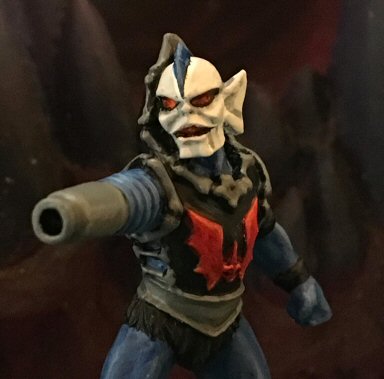