One of the coolest villains to come out of the Blackstar cartoon, and one of the few toy characters that made it into the cartoon, is, in my opinion, Neptul. Aside from having has his own host of merfolk to command, he looks like the offspring of Cthulhu and Merman. I just knew I had to add him to the lineup. I figure in the expanded universe, he could be a sort of right hand man to Merman, adding his people to the different underwater tribes at Merman's beck and call. 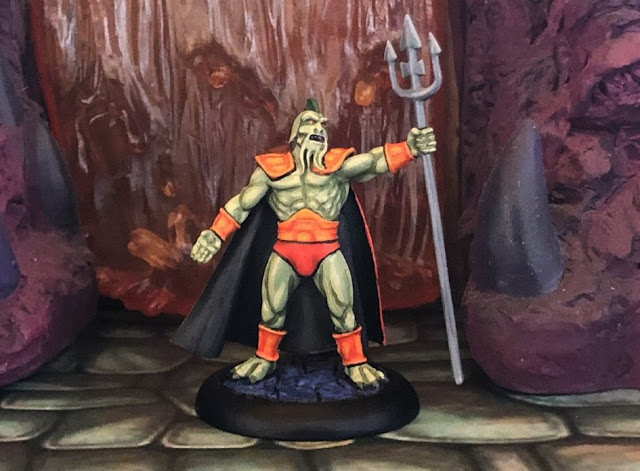 Did I mention I hate panting orange? I really do and so many of these characters and troops seem to have it. I tried a different approach on this one and I sort of like how it came out. Still. Orange. 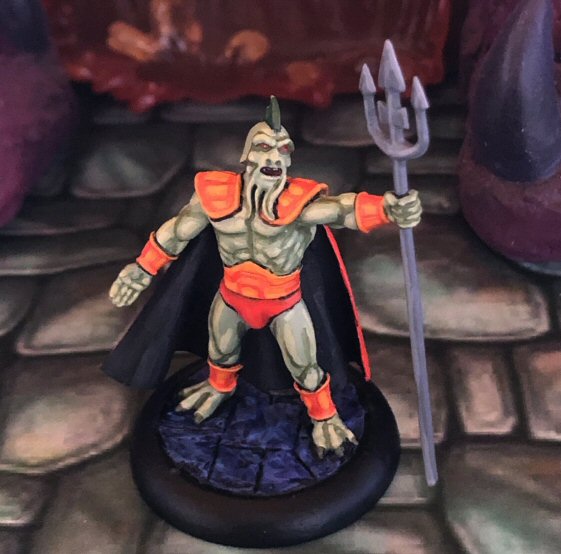