While everyone remembers the orange and green Eternos Guard, Bright Moon Palace had its own elite guards, aptly named the Bright Moon Guard. Armed with sphere tipped energy weapons, they are ready to hold their own against the Evil Horde. 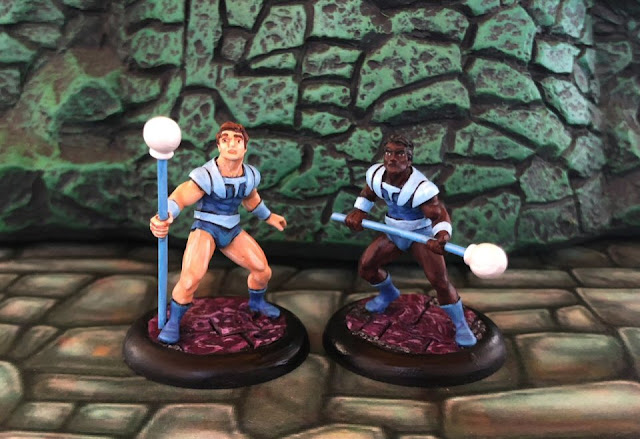 Having given a lot of thought to the representation of diversity in MotU off late, I decided to paint one of the guards in a darker skintone. This was my first try at the Foundry African flesh triad and while I initially had my reservations, the final result does look good. I did make a small mistake that I'll likely correct when I paint some reinforcements for them is that the rim underneath the sphere should be the colour of the staff. Oh well, it doesn't bother me too much (is what I tell myself). 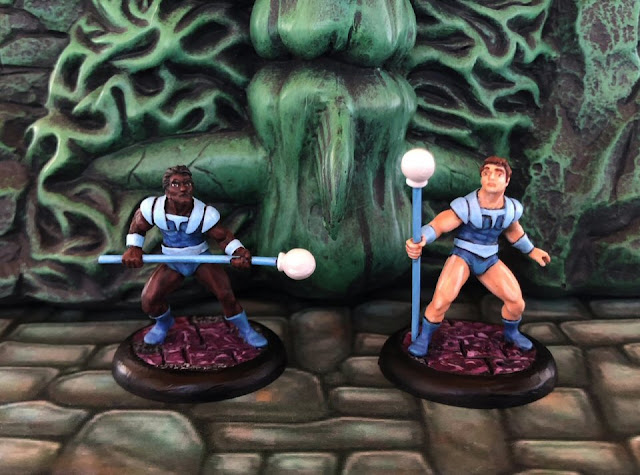 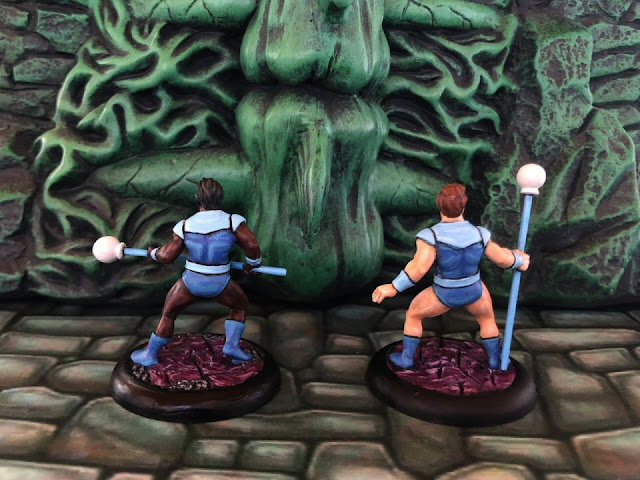 The Bright Moon Guards as shown on the original She-Ra cartoon: 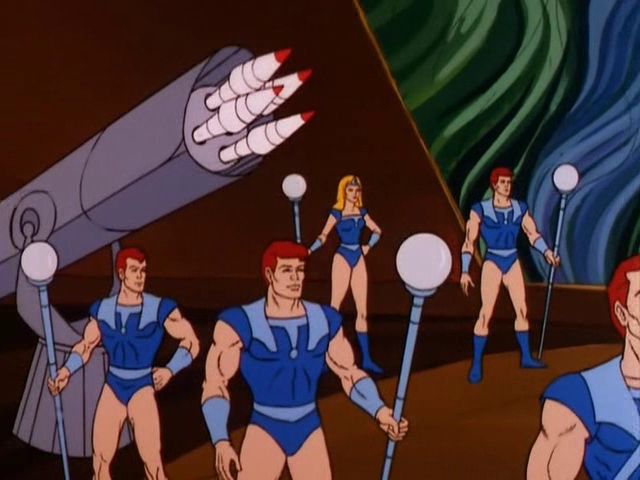 A couple of Bright Moon guards bravely try to hold off Hordak and his Horde Troopers until the heroes arrive: 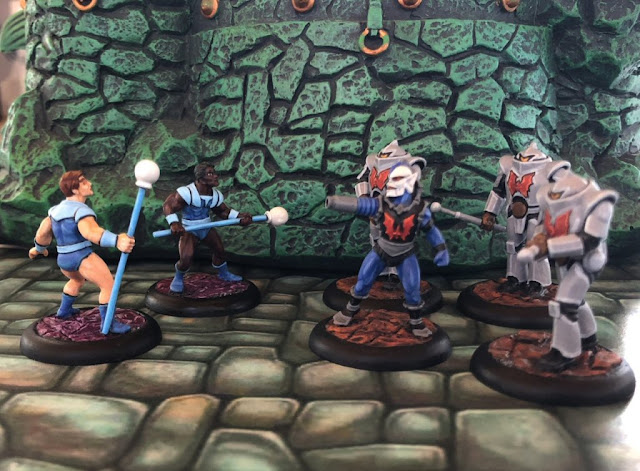