Imp is Hordak's spy, spying on both Horde and Rebellion members, making him disliked by all. His abilities include flight and shape shifting. He can shape shift into numerous different forms, seemingly without limitations. Most times he will retain his natural blue colouring, but has shown on occasion that he can assume different colouring when in another form. In addition, he also seems to possess the ability to take on the characteristics of whatever form he takes, as illustrated when he transformed into a working flamethrower, nearly burning down the Whispering Woods, or when he transforms into a laser blaster and can fire laser bolts while in this shape. 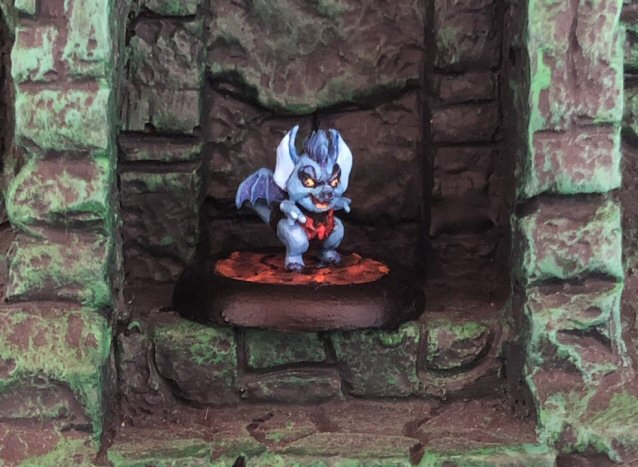 The model is a great sculpt done by Fancagne Didier. My main issue with it being that it's so tiny, around 12mm, that it was becoming hard to paint. As such, it's not my best paintjob, but it looks good enough to the naked eye when it's not blown up like in these pictures.

The Imp and his master: 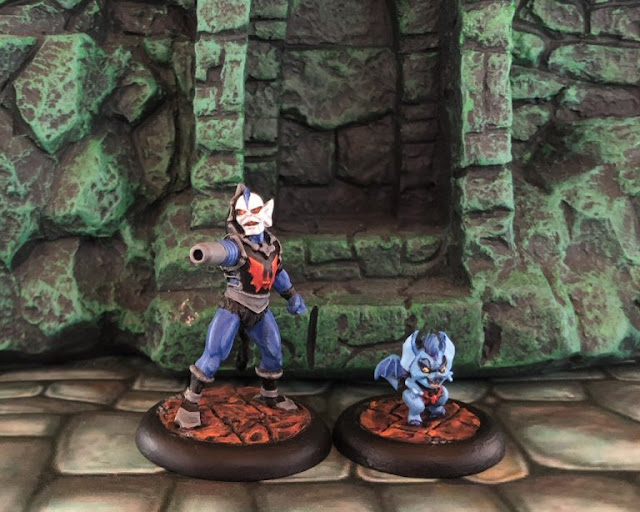 The painted members of the Horde so far: 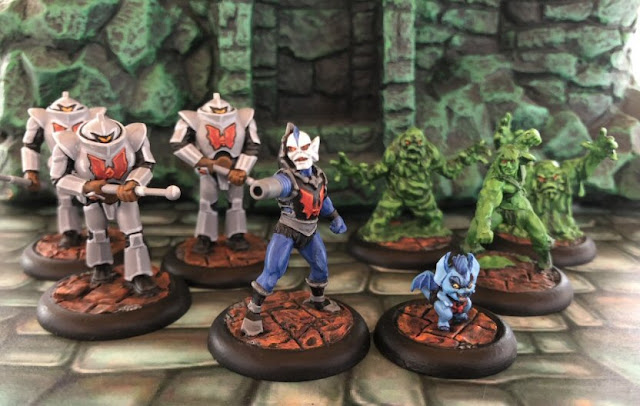 A comparison between Imp and Orko, that other flying sidekick: 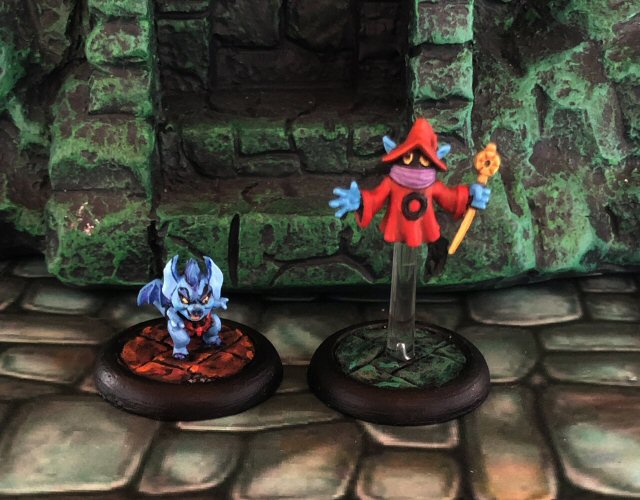