Not being happy with my first paintjob of this character, especially the face, I started a second version from scratch. The new one is still not quite where I would like her to be, the camera shows up some flaws I didn't notice on the model, but at least the face looks a lot more like the character from the cartoon and she looks fine at actual scale. Notable changes from my previous version is paler skin, a darker, more reddish shade for the hair, fine black lines around the eyes and a dark red lipstick.


A strong warrior, unspoken love interest of both He-Man and Prince Adam, adopted daughter of Man-At-Arms and real daughter/hairess of the Sorceress/Goddess, ... Teela has quite the elaborate back story. The model is another great sculpt by Boris Woloszyn for Quest Miniatures. Like the others, and my previous version of this character, I followed the Filmation colours for the painting and avoided all metallics. The flagstone was sculpted over a standard plastic lipped base as with the others. 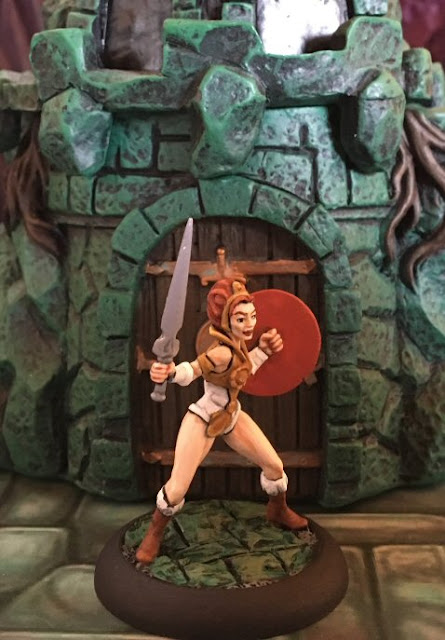 Finally, a comparison side by side of the first version and the new one. I think the new one is more recognisable as the Teela from the Filmation cartoon: 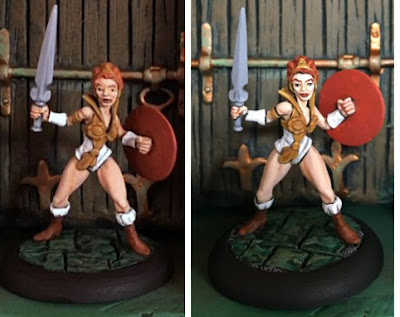