The Hover Robots are Skeletor's disposable minions, well...., most disposable minions. They are mindless automatons, which might be an early design for Hordak's horde troopers, as there is some resemblance. They are relatively small in stature, but can fly, shoot lasers and have whirling blades for hands. The figures are part of a private commission with a small run and they are spot on in my opinion. 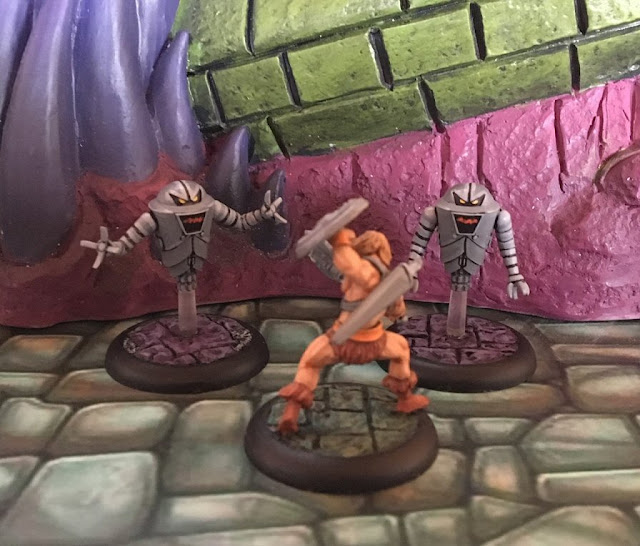 I somewhat rushed the paintjob on these, not taking as much time as I should, but then I plan do plenty more of these, so some speed is of the essence. With hindsight, using dark grey instead of black for the recesses might have been better, but it still works OK. Some of the highlights look a bit stark in the pictures, but they are not as extreme in the flesh. I also think I waited too long removing the masking tape from the flying stands as some of the glue stuck to them and removing them left a somewhat matte finish. Still, they remain usable and I may try at some point to add a coat of gloss varnish to see if that resolves the issue. 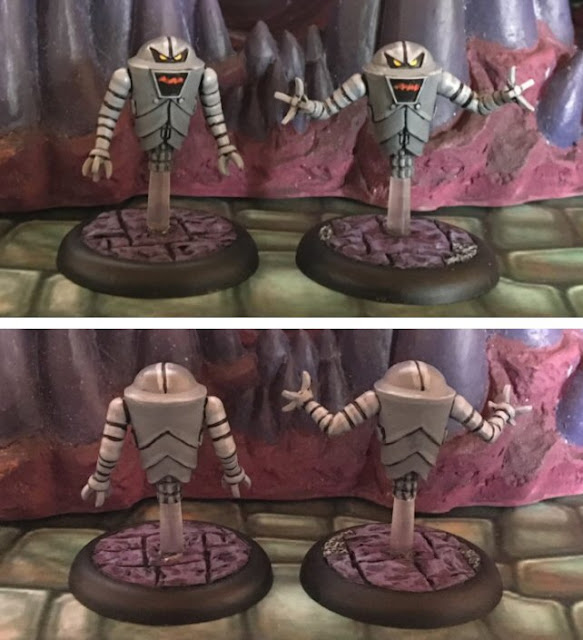 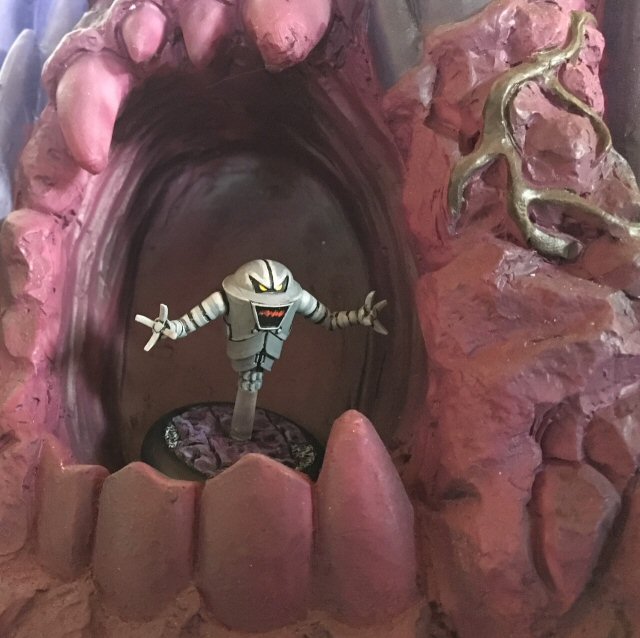 And finally, a look at the original inspiration: 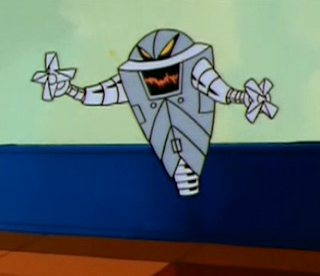