A while ago I converted a Hasslefree Daphne figure into a gender-swapped version of He-Man. The idea being that He-Man (or Prince Adam) was temporarily turned into a young girl through some ancient artefact or magic spell (possibly one of Orko's spells gone wrong). This is the mounted version of that character. I'll leave it up to you to imagine whether Battlecat also had a sex change or not if you're into that kind of thing.

I used the same base figure for the mounted version, with reposed legs and the addition of fur panties and boots and a swap for another spare Quest Miniatures power sword. Battlecat is yet another of the Grenadier OOP Battlecats, which I've collected over the years. The base is a blank lipped base from Fenris (the closest match I could find to the large Battlecat mini), with added tile texture with putty. 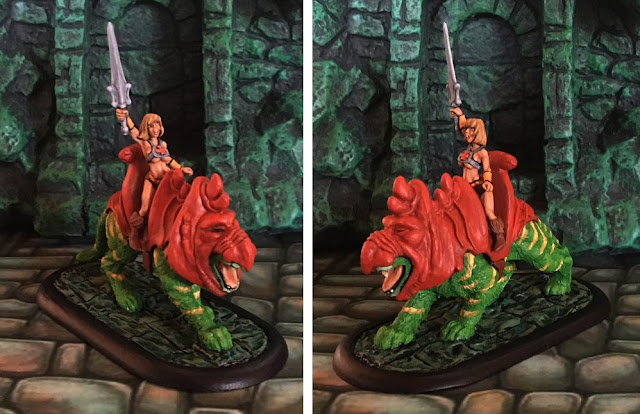 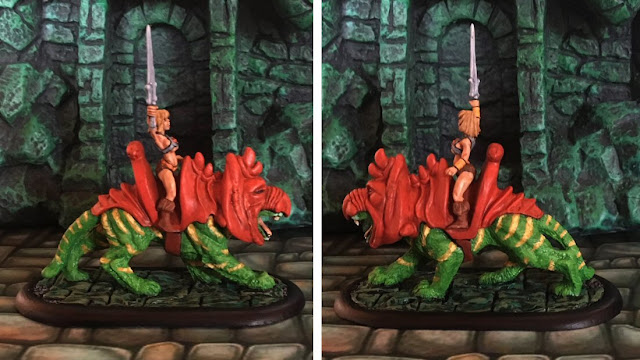 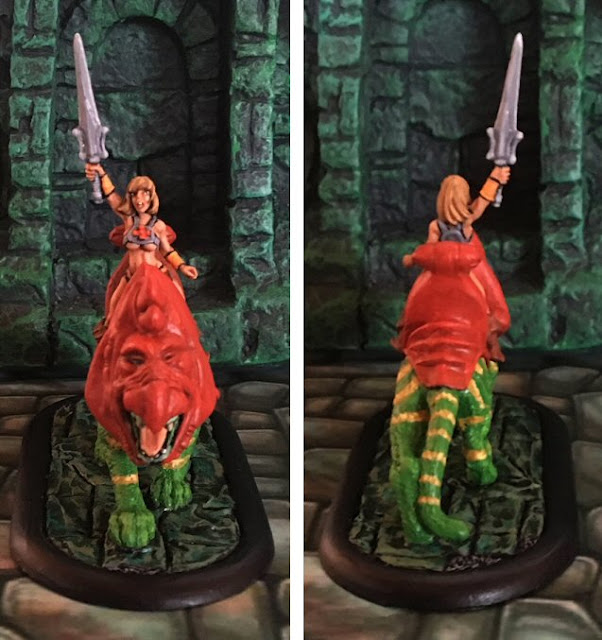