Like Queen Marlena, John Blackstar is an astronaut from Earth, stranded on the planet Sagar after being swept in his spacecraft through a black hole that took him to an ancient alien universe. On Sagar, John makes allies with the Trobbits, the shape-changing Klone, the dragon Warlock, and Mara the Enchantress. Armed with the Star Sword, which forms one half of the Powerstar, Blackstar and his allies oppose the evil Overlord who seeks to rule Sagar. While his ethnicity is never clarified, Blackstar is presumed to be of Native American decent. 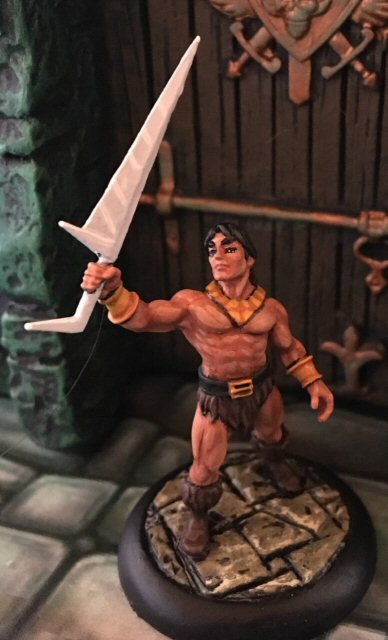 The model was a private commission with a limited number of copies made. Aside from using too much black to outline the eyes, I think he came out rather well.

Blackstar was produced in 1981 by Filmation, who would go on, shortly after, to produce the He-Man and the Masters of the Universe cartoon. Both shows share a lot of similarities, both in used concepts and the general look and feel of the setting. Some monsters and animation sequences from Blackstar were later used in the MOTU cartoon, though the one thing that, above all of these, firmly puts the planet Sagar in the MOTU universe is the appearance of a Blackstar statue holding up the Starsword in a MOTU episode: 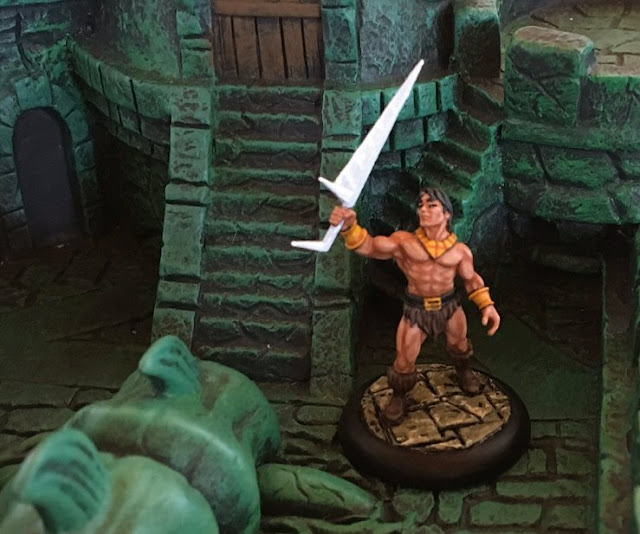