Now that He-Man received his trusty companion, we couldn't very well let Anti-He-Man be at a disadvantage when facing them. Like when Prince Adam calls on the power of Grayskull, Anti-He-Man draws from the power of Castle Hellskull to infuse himself and his pet with great power. Anti-Battlecat is every bit as strong as the regular Battlecat, but twice as vicious!

The model is of course another Grenadier Miniatures Battlecat, with a blank lipped base from Fenris Games, to which I added the flagstone texture. I went back and forth a long time on the colours on this one. Most action figure customs for this creature use black armour and black body, with red stripes. I wanted a bit more contrast than that. Initially I planned to do red armour and light grey stripes, but the light grey on black didn't seem to offer enough contrast, so instead I went with red stipes and grey armour, but since I didn't want the light grey to dominate the model, I just used the shading colour and then washed it a couple times with thinned black, for a darker grey, leatherlike finish. Finally, I decided to paint the teeth red and the tongue grey, in keeping with the reversed colour palette these have going. 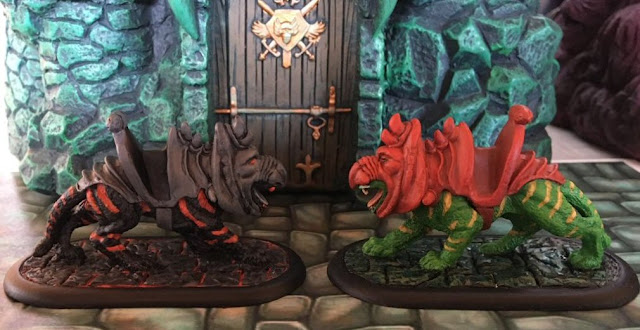 A side by side comparison of the two variant colour schemes: 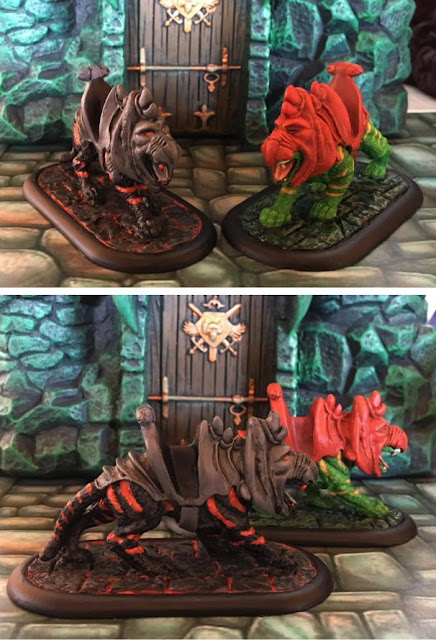 Man-At-Arms is clever enough to keep a safe distance while battling these foes: 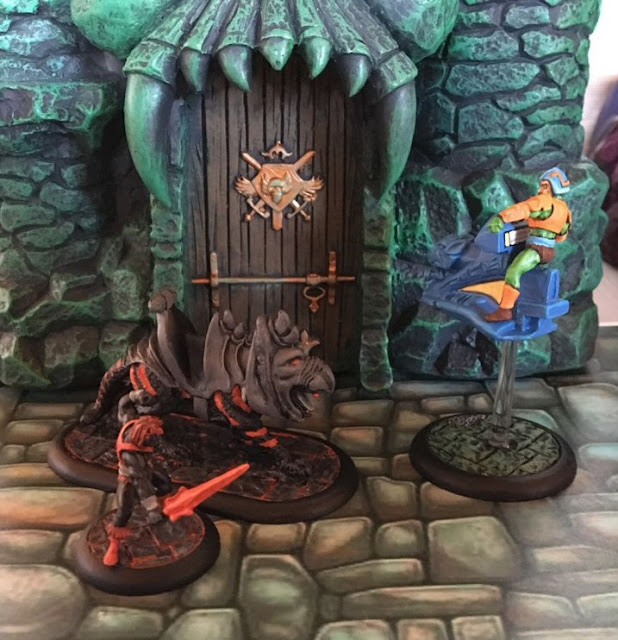