To the best of my knowledge, there has never been a gender-swapped He-Man in any of the MOTU canon. Still, there is no reason it could not have happened (temporarily) through the use of an ancient artefact or a magical spell. I'm sure there could have been an interesting moral in that story somewhere. So to make up my own fluff: while fighting over a mysterious artefact, Skeletor and He-Man inadvertently unleashed it's energies with unexpected results. Temporarily finding himself in female form, He-Man's ability to lead the good fight was in no way diminished.

The model is Hasslefree Miniatures' Delphine, with some conversions. I added fur to her panties and boots and swapped the original sword for a spare powersword from a previous conversion, for a closer match to the male He-Man figure.

Male and female He-Man side by side:

A different take on the origin story perhaps, where Evil-Lyn enacts a spell of her own to turn He-Man into someone more... well... her own size: 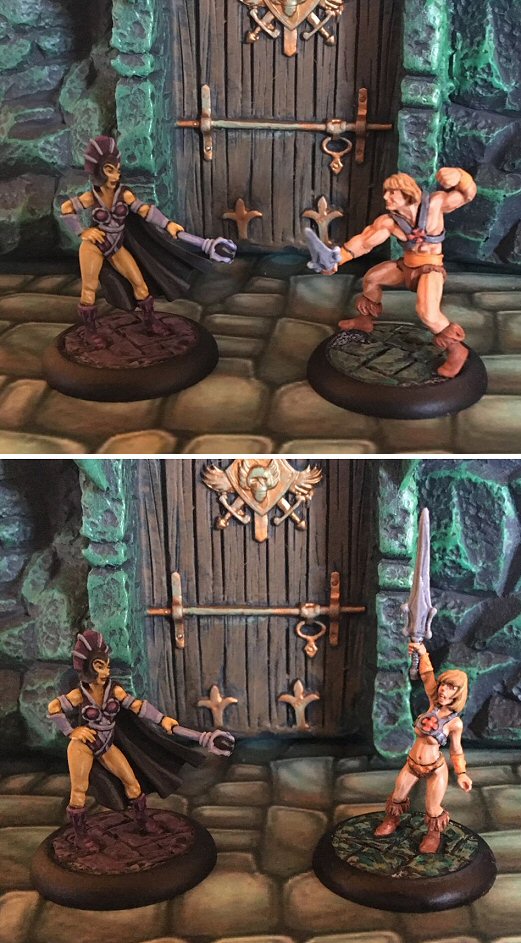