Slime Pit He-Man (sometimes also referred to as Slime Monster He-Man) featured in one of the mini-comics that came with the toys. Hordak managed to trap He-Man in the slime pit, and had a toxic green slime poured over him that turned him into a mindless killing machine. Hordak then proceeded to send He-Man after Skeletor to eliminate his erstwhile apprentice. The mind controlled He-Man almost succeeded in this task, but with the telepathic help of the Sorceress, He-Man was able to shake off the effects of the slime right before delivering the killing blow. 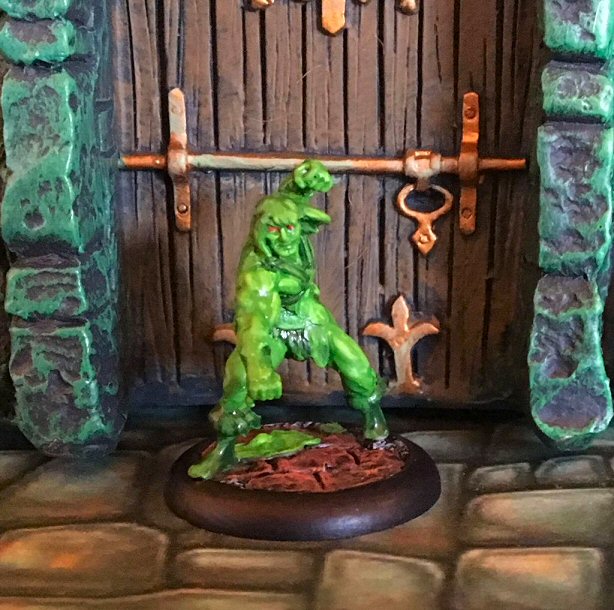 The model is a converted Quest Miniatures He-Man, with the weapons removed and some slime sculpted over in places to suggest a thicker coat of it clinging to his body. The flagstone base was painted with a reddish tone this time, as that is the colour I reserved for the Evil Horde faction, and it adds some colour other than green to the figure. 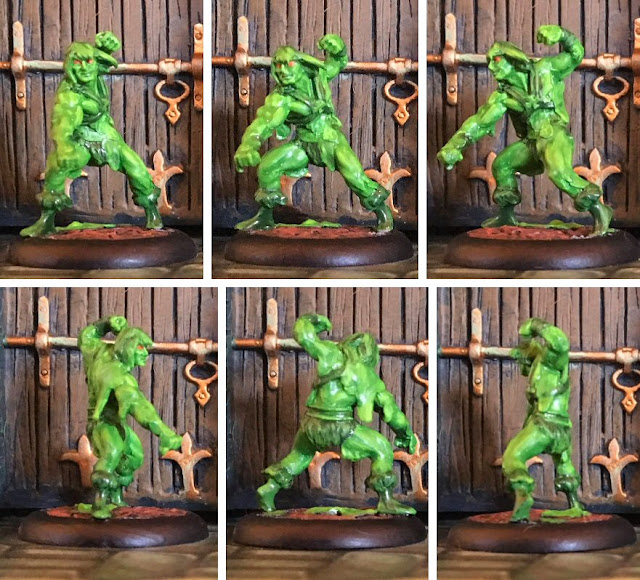 A page from the mini-comic featuring the event: 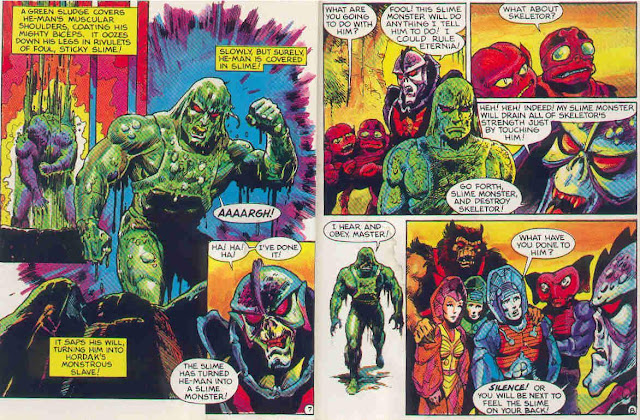