One of the Heroic Warriors' preferred means of transportation is the Sky-Sled, the detachable front half of the Battleram vehicle. The Evil Warriors had their own version of course, but more on that some other time. Seen here is Man-At-Arms flying one of the flyers in stylish Filmation colours. 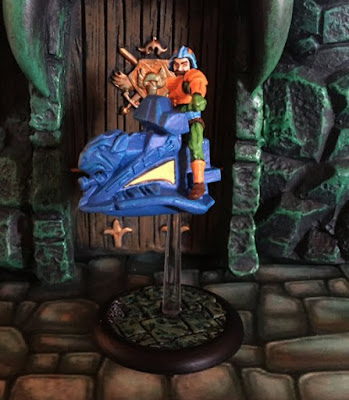 The model is a conversion of one of the old 1980's Grenadier Battleram models. I cut off the front half and added some detail that was missing from the back. For the rider, I removed the tab from a Quest Miniatures Man-At-Arms figure and the pose was practically a perfect fit. Some minor bending of the ankles to adjust it and a spare plastic hand from the same Fireforge soldier box previous bits were sourced from made it complete.

Man-At-Arms, foot and flying. I tried to make the eyes a bit smaller on this second version, but that doesn't seem to have been an improvement. 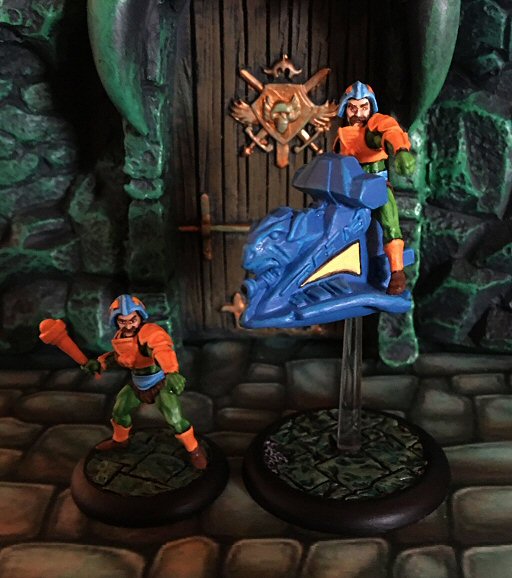 Now, now, using that laser in your wrist to shoot from above is a bit unsporting, old chap. 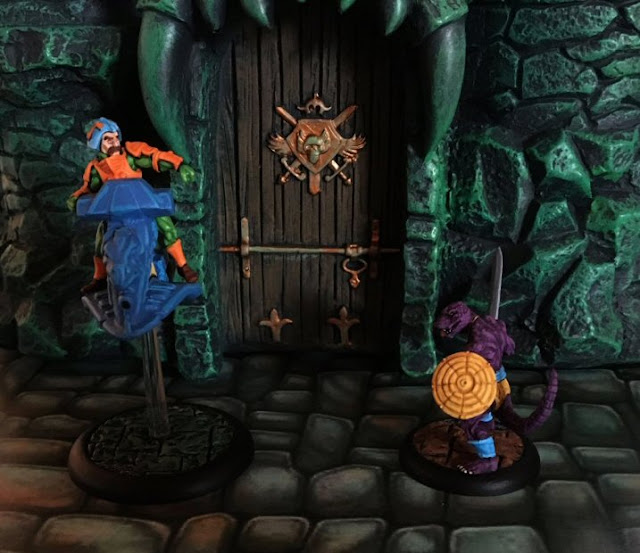