When Eternia's territory was divided between a Light and Dark hemisphere, some human tribes found themselves stuck on Skeletor's side. Most probably under his dark impulses, they gradually descended into barbarism and served him as evil human warriors, thus swelling his ranks... 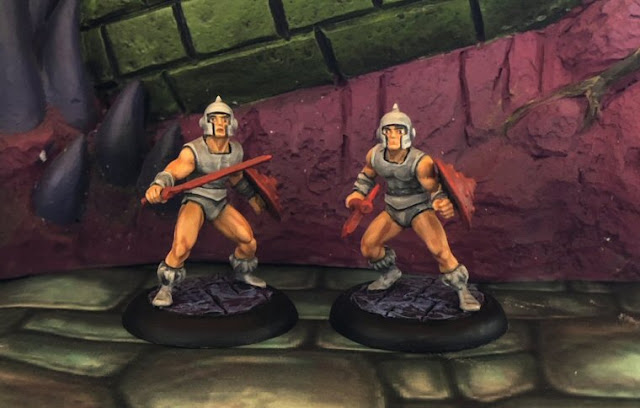 To the best of my knowledge, these only appeared in a single minicomic, shown below, but they always appealed to my imagination.

The figures are from another limited run of private commissions. They are painted to match the comic reference, including using Foundry's oriental flesh triad to match the skin tone. You don't actually see their weapons in the comic, so using the standard MotU weapons on them makes sense. I decided to paint them in the dark red colour that these were also released in for the toy range to give some contrast as I didn't fancy adding even more grey. 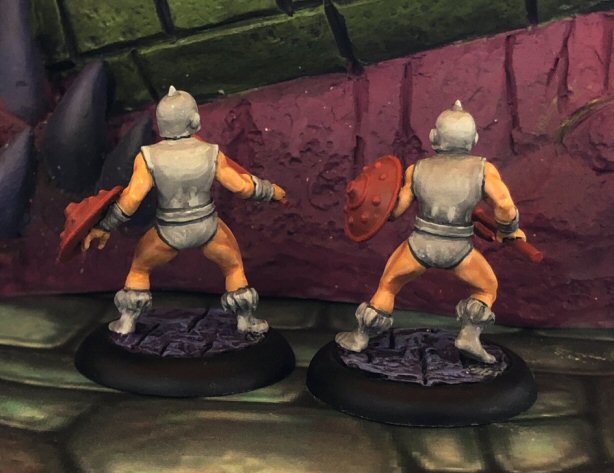 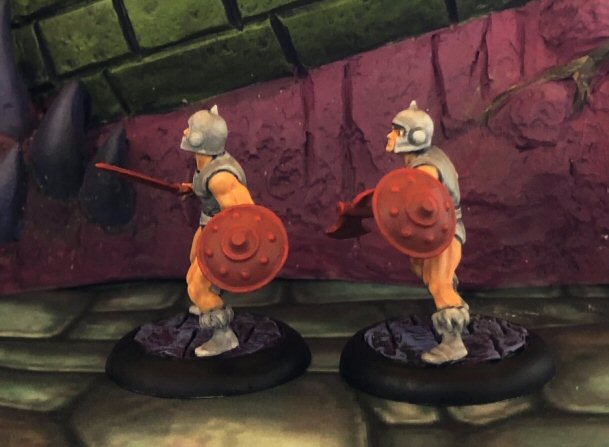 I figured it was time to do another group shot of my Evil Warrior faction. This does not include the variants I have done of Skeletor, Faker and Copy-Cat. 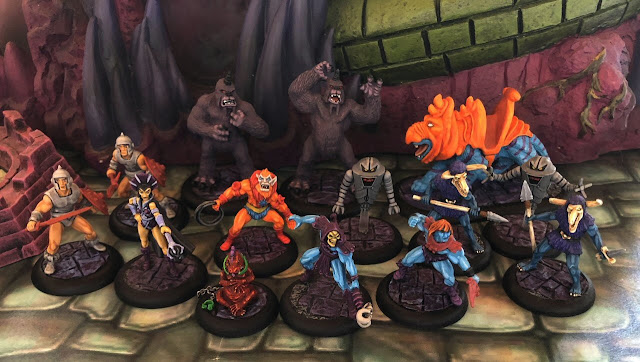