Jayce and the Wheeled Warriors is another 1980's animated series, chronicling the titular character's struggle to save the universe from the Monster Minds. The heroes are humans called the Lightning League who drive white and silver vehicles with assorted weaponry and are led by the teenager Jayce. The villains are organic plant-based creatures called the Monster Minds, who travel via large green organic vines, which can grow in and across interstellar space, and sprout seeds that grow rapidly into further Monster Minds. They are led by the very first of the Monster Minds, Saw Boss, who was inadvertently created by Jayce's father, the scientist Audric. The secret to defeating the Monster Minds lies in a magic root, of which Jayce and Audric each possess one half.
This one isn't really tied to the MotU universe (unlike Blackstar), but it holds that same mix of magic and technology and while there are no techno-barbarians in loincloths, some of the planets visited by Jayce and his friends and the villains they encounter wouldn't look out of place in MotU, so who knows, maybe at some point Jayce could have landed on Eternia, where the Monster Minds could have formed an alliance with Evil Seed. 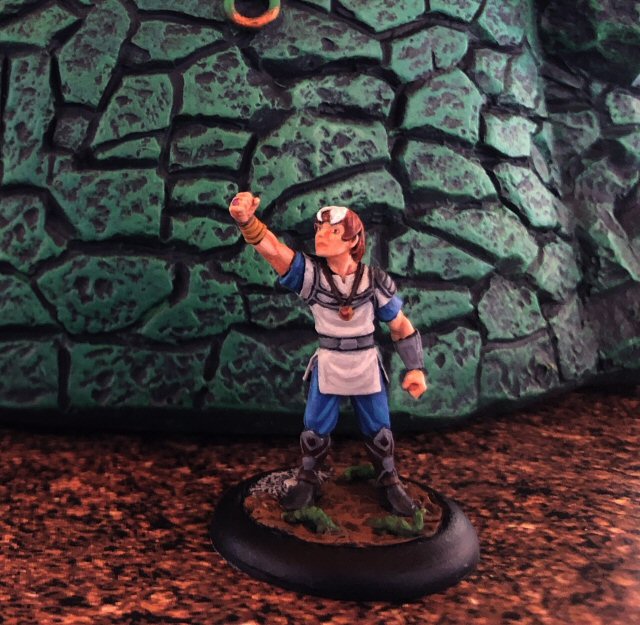 The model is from a small fan-created run of figures and I textured the base to feature some vines sprouting from the ground. 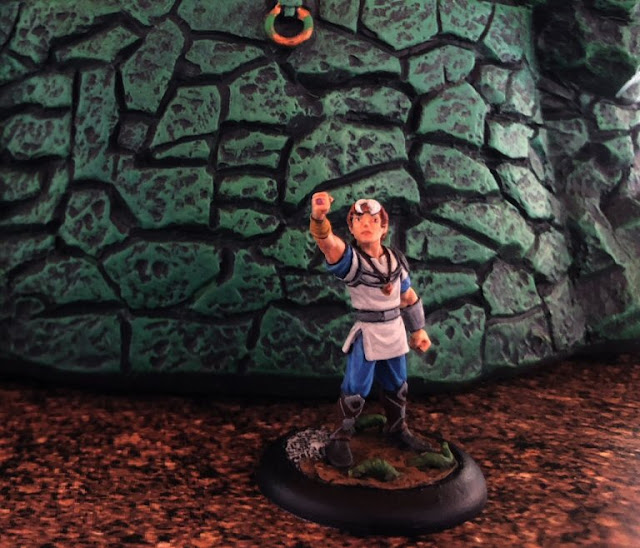