A member of the Heroic Warriors, Sy-Klone was originally a blue-skinned cyborg with the ability to spin at super-speed and generate a whirlwind. He is also able to spin different parts of his body individually. A former acrobat, he was turned into a cyborg through Skeletor's doing. Later canon rewrote his background to be the guardian of Angkor Wat, and possibly a member of the dwindling Gar race, like the halfblood Keldor and the witch Shokoti. 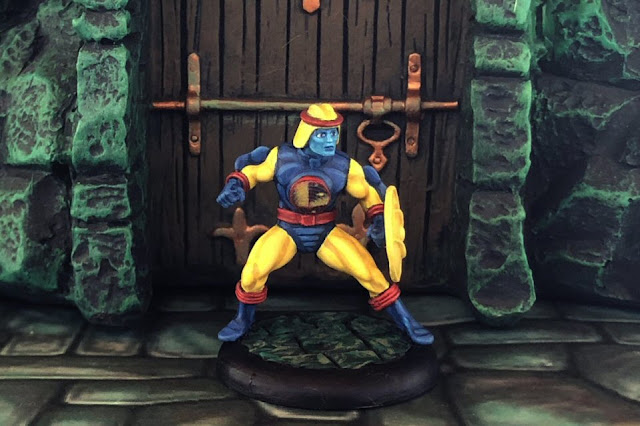 The figure is another marvellous sculpt from the talented hands of Boris Woloszyn, before he turned to other things. Though I dreaded starting on the seemingly complex figure, it was a joy to paint and went like a breeze.

One of the characteristic elements of the toy was the light reflecting radar screen in the middle of his chest. I've seen some brave souls attempting to free hand this, with good results too, but I decided life was too short and the lead & resin pile too high to go that way. So I reduced an image of the radar to the appropriate size, printed it out in colour, varnished it, glued it on and painted the edges, followed by another cote of glossier varnish and the result looks good to me. Extreme close-up below, as well as the file with the resized radar (3 variants, I used the outer left one).


I've painted quite a good number of these and yet, my Heroic Warrior factions isn't very big. I blame the fact I tend to paint a lot of variants of the same character, which I haven't included in the group picture below: 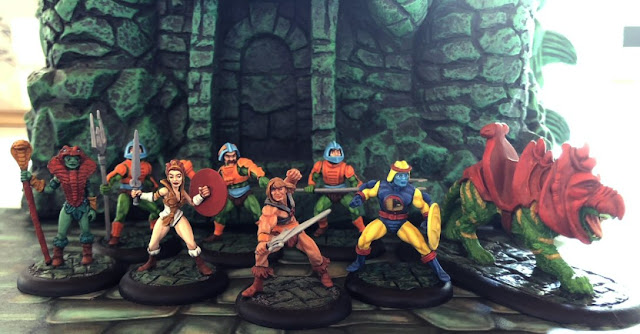