Orko is He-Man and Prince Adam's diminutive sidekick-cum-wizard. A powerful wizard on his home planet Trolla, his spells don't seem to work right on Eternia and go wrong more often than not. As such, Orko's tragedy is that he is often seen as incompetent and the court's jester rather than its wizard. 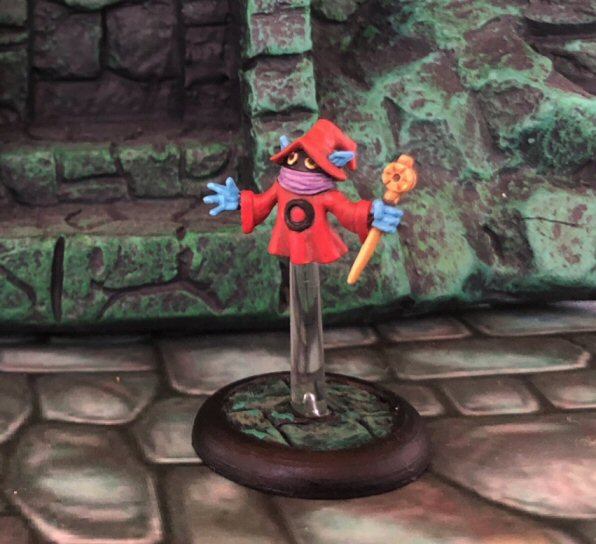 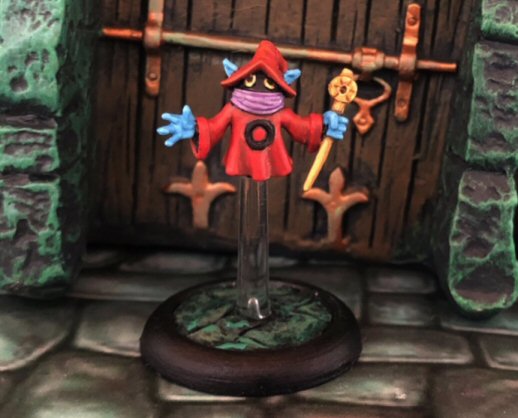 The model was sculpted by Didier Fancagne. I only changed the eyes to make them more cartoon-accurate, which is merely a matter of personal preference. The base is a resin blank from Fenris Games, with my usual stone texture added and a clear flying stand from EM-4.