Oon is an Eternal Squire, created by Squiresmith Wixland. The best description of him is probably an enchanted suit of armour, come to life. He refers to his weapon as a magical lance, though what exactly it is supposed to do is unclear. Always seeming afraid, he finds his courage when it's needed. Oon originally served Audric, but has since been appointed to follow Jayce. 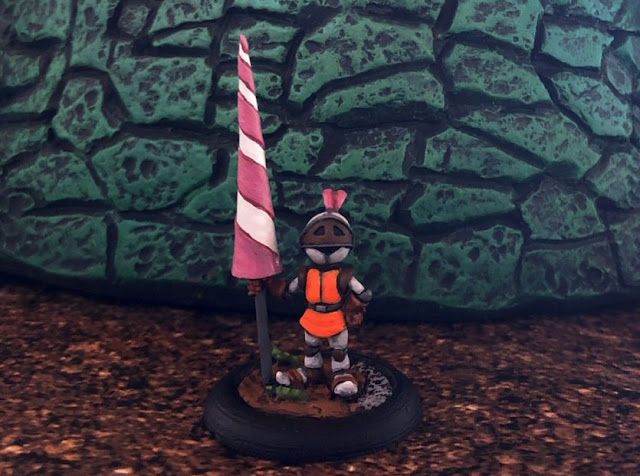 Another limited release from a private commission, Oon stands about 18mm tall, not counting the tip of the lance. The base is a 25mm lipped base blank from Fenris Games, which I textured to match Jayce's base. Some small roots are writhing on the base to refer to the arrival (or the defeat) of the Monster Minds. Being rather diminutive, this was a bit of a challenge to paint, but he's one of the most memorable characters of my childhood. 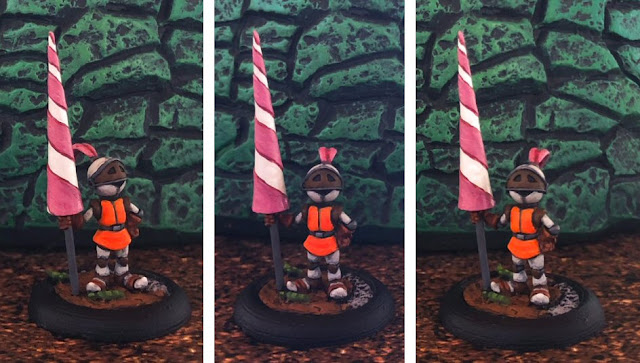 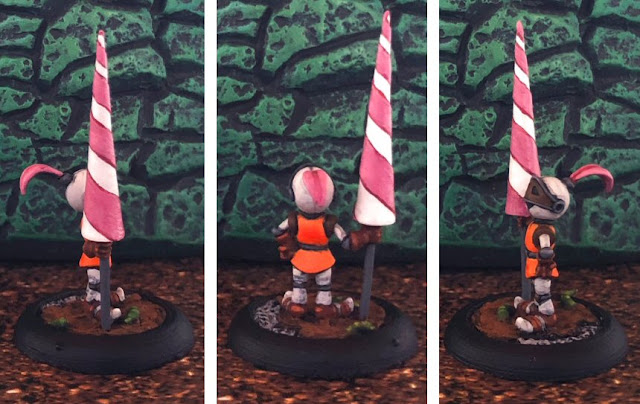 Jayce and Oon, together at last: 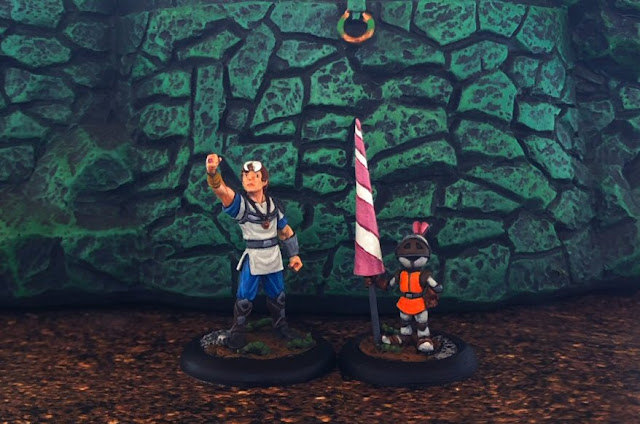