As I have done several variants of He-Man with different equipment and plan to do a few more, I could not let Faker get behind, especially as there are so many juicy variants of him in MotU lore. This also gave me the chance to do Faker's alternate toy inspired colour scheme, with the darker hair and orange chest harness and weapons.


I decided to convert one using a spare axe, shield and sword sheath from a Quest Miniatures He-Man, to match the similar conversion I did earlier for He-Man. The Quest sword sheath was completed with a sword grip and hilt from a plastic Fireforge miniatures kit. Base is my usual sculpted texture over blank lipped bases. I'm struggling a lot with faces lately and this one was no different. In the end I had to settle for, that'll be good enough.

A side by side look here of my two versions of Faker. Note the difference in hair tone, as per the respective references. I still prefer the "pink" version, so will continue with that colour scheme going forward. 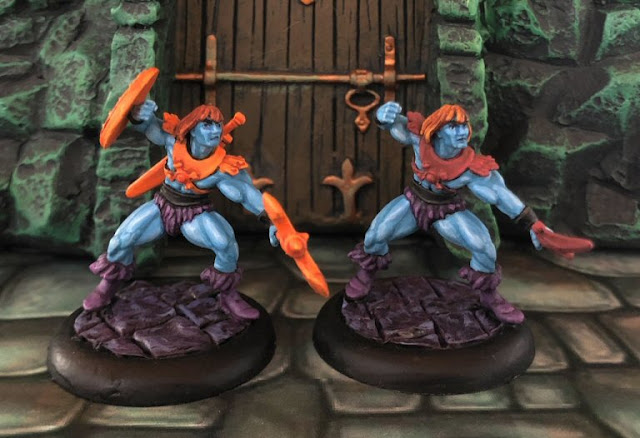 And another side by side with the matching He-Man figure. I consider this version of He-Man to be the earlier, mini-comic He-Man, which was later retconned to be Oo-Lar, an earlier incarnation of the strongest man of the universe, and my He-Man with powersword is the Prince Adam version. 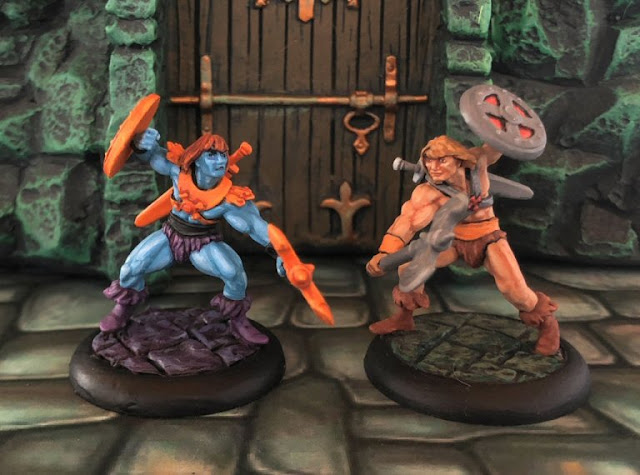 And a somewhat dark family shot with all the Faker and Copy-Cat variants so far: 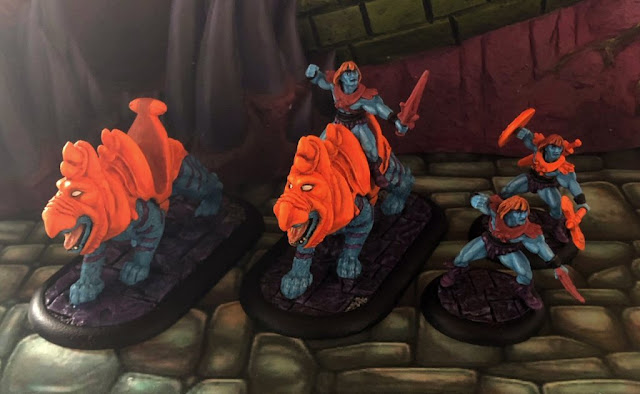