De facto ruler of the planet Sagar, descended of a long line of despots, Overlord is the main nemesis for our hero Blackstar. More akin to Hordak than Skeletor, he is fairly successful in his endeavours and more competent in keeping his underlings in check, resulting in his uncontested dominion of the planet. Uncontested, until John Blackstar entered the scene at least. Wielder of the Powersword, his goal is to take it's second half, the Starsword, from Blackstar to assemble it into the Powerstar and cement his position. While he came very close to achieving that goal, the final victory keeps eluding his grasp and Blackstar and his allies have started whittling away at his forces.

The miniature is another privately commissioned limited release, with a custom base to match my other bases. I chose dark blue to be the colour for this faction, mainly as I was running out of good options. 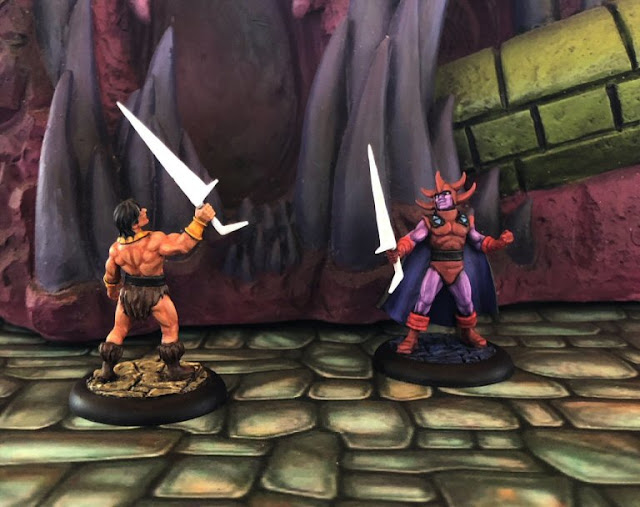 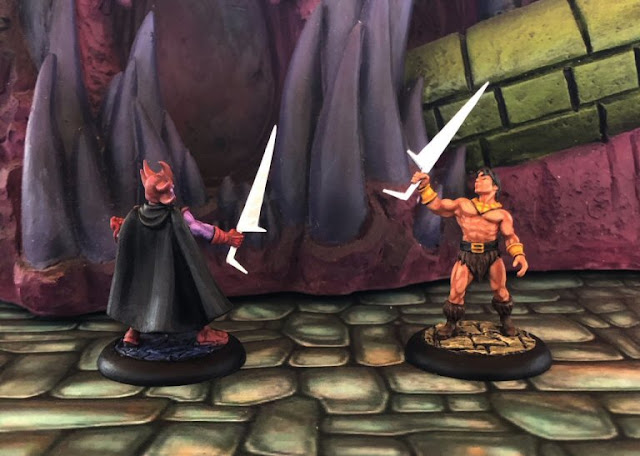